At JH& Associates we'll make it a fare fight. 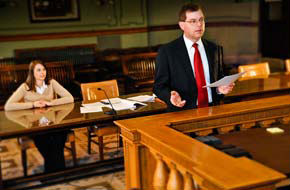 Never talk to a company's attorney, never say anything after you've been injured, you may be giving your rights away and not realize it. That's why it's important to have your own representation, someone in your corner.  JH & Associates will stand up for you against the corporate lawyers and will make it a fair fight. 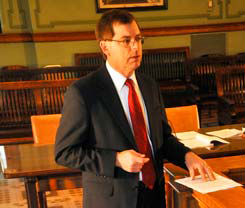 If you do not receive a Notice of Compensation Payable within 21 days, the claim has been denied.  In order to receive wage loss and medical benefits, a Claim Petition must be filed with the Bureau in Harrisburg.

After the claim is filed, it is assigned to a local Workers’ Compensation Judge who schedules hearings.  At hearing, the employee testifies and offers medical evidence in support of the claim.  The defense Attorney offers evidence against the claim.  Medical evidence of both sides is usually offered by a doctor testifying at a deposition.  Medical records may also be offered.  Normally, a case requires two (2) to three (3) hearings, separated by two (2) months.  Rules of evidence apply to all hearings and testimony is given under oath.

Ultimately, the Judge will write an Opinion and Order approving or denying the claim.  Wage loss benefits are paid for weeks of work missed and medical bills are ordered paid.

Within 20 days, either side may appeal the Judge’s Opinion to the Workers’ Compensation Appeal Board.  Issues of law are argued before the Board.  Further appeal may be taken to      Commonwealth Court.